The pros, cons and the theory behind isochronic tones.

In some ways, isochronic tones are the opposite of binaural beats, but they both have the same ultimate aim. Both are used for the purpose of brainwave entrainment; to alter the dominant frequency of your brain so as to induce specific states of consciousness, such as relaxation, meditation or sleep.

Binaural beats require that a slightly different frequency be played into each ear. The difference between the two frequencies creates a sub harmonic binaural frequency that causes brainwave entrainment. Follow this link if you'd like to download some free binaural beats and try them out for yourself.

Isochronic tones on the other hand, are created by a simple pulse of sound that is played to both ears at the same time. The same frequency is played to both ears and it is the tempo of the pulsing sound that gives rise to the entrainment response. In other words, an isochronic tone with a fast tempo will entrain the brain to a higher frequency than a tone played at a slower tempo.

One of the main advantages of isochronic tones over binaural beats is that they do not require the use of headphones. Binaural beats must be listened to with headphones so that the binaural frequencies are interpreted by the brain in such a way that the entrainment process is effective. With isochronics, only one tone is played, but it is turned on and off again in a repeated pattern. For this reason, some people argue that isochronic tones are more effective than binaural beats because they rely on a simpler auditory processing function.

Unfortunately, isochronic tones are not all that pleasant to listen to. This obstacle is usually overcome by embedding the tones within ambient music, nature sounds or white noise. Even then, I personally find isochronic tones to be a little intrusive, even if they are hypnotic. In contrast, binaural beats are more subtle while still stimulating the frequency following response that is the basis of brainwave entrainment. For this reason, I much prefer binaural music over music that contains isochronics.

Unlike isochronic tones, Sonic Mantras remain musical and are very pleasing to listen to. While Sonic Mantra meditation music is not technically referred to as "brainwave entrainment music", it is still worth mentioning in this context, simply because Sonic Mantra meditation music induces meditative states through the use of repetitive sounds. Fortunately for us, these sounds are a lot more musical and pleasant to listen to than isochronics!

Click here to view our wonderful range of meditation music.

This article is copyright protected, however you may republish it online or in print media provided that you include the following credit, including the active link:

Isochronic tones play second fiddle to binaural music. Try it for yourself!

Great tips on how to get the most out of brainwave entrainment. 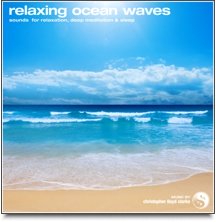